After hiding the tool, if you would like to re-enable it, just press CTRL+U to open this window. Or, move your cursor near the tool to display it. 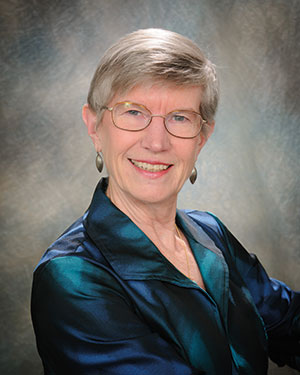 Lynn Ostenson ’71 had never considered medical school until renowned biology professor Dr. Harold Leraas asked another student to talk with her about her potential to be a doctor. She eventually did decide to become a physician—and she also married that student, Richard Ostenson.

When Richard died in 2005, Lynn established a scholarship at PLU to honor him. Now she has decided to add to the scholarship’s endowment with a testamentary gift from her retirement funds. She chose to give from her IRA for tax purposes: If her two children received the retirement funds, they would have to pay income tax on them, whereas PLU is exempt from taxation.

Lynn chose PLU because she grew up Lutheran and she knew a state school would be too big for her. She and Richard both went on to medical school at the University of Washington; she became a primary care doctor, and he became an oncologist.

After her husband passed away, Lynn funded the Richard and Lynn Ostenson Endowed Scholarship in his honor. Lynn and Richard had life-changing experiences at PLU, but she knows not all students have felt as welcomed as she did. In particular, Lynn was inspired by the struggles of a black student at PLU in the early 2000s. She set up the Ostenson Scholarship to benefit African-American students studying the basic sciences in hopes of recruiting more black students to PLU and improving conditions for their success.

“I am forever grateful for the attention to individuals the science faculty had,” Lynn said. “It changed my life.”